Vital for the Church – A Concern for Southern Baptists

The call to stewardship is evident in Scripture. Believers are to steward the blessings God graciously gives, which entails overseeing what he has entrusted to us. Often, this means faithfully serving God, as he brings redeemed sinners into his family and charges them with responsibilities. Our very lives involve stewardship because we are accountable to our Creator, designed to live for his kingdom and proclaim the gospel, of which we are also stewards. Biblical concepts of stewardship abound, and body stewardship is no exception. As we’ve seen in earlier posts, our bodies are gifts from God so we are responsible to steward them for his glory.

I define body stewardship as accepting responsibility for the body by appropriately caring for its needs – needs like getting sufficient exercise, proper nutrition, adequate rest, and limiting stress. Body stewardship responsibly acknowledges these areas and appropriately prioritizes them after spiritual matters.

The book of Proverbs is a great place to start as it frequently presents the contradiction between the wise person and the fool. The wise person is the self-controlled person – a point King Solomon, the author of Proverbs, makes throughout the book. For instance, he reflects life of a sluggard. The sluggard is one too lazy to tend to, or steward, any of his responsibilities. Reflect on his qualities. He sleeps too much, forsakes his duties, is never satisfied, and epitomizes laziness and sloth (6:9, 10:26, 13:4, 15:19, 19:24). He is not intentional or proactive, suffering the consequences of his sins (20:4). His desires are his downfall, and he hates work (21:25). The sluggard is foolish but thinks he is wise, while formulating excuses to remain lazy (26:16, 26:13). He reaps destruction by his lack of discipline (24:30-34). Most notably, in chapter 15, the sluggard is contrasted with the upright one. Here lies the heart of the issue. If one is sluggish, slothful, lacking discipline and self-control in physical matters, he may also be ruled by the same qualities in spiritual matters. Conversely, qualities for properly stewarding one’s spiritual life, such as discipline and self-control, are more easily transferred to stewarding one’s physical life as well.

This passage serves as the grounding for stewardship as it declares the body belongs to God, and therefore, Christians are accountable for how they treat their bodies. (I wrote on this passage previously in the Bible and the body post. Be sure to check that one out first!) God owns our bodies – he indwells them by the Spirit, and he redeemed them by Christ’s sacrifice. Given those truths, he commands we glorify him with our bodies, which must inform how we treat, or steward, the body.

Whether or not you are glorifying God with your body is between you and the Lord. Stewardship of the body is not a one size fits all filter, and it certainly doesn’t need to become legalistic. But this passage does call for a re-evaluation of how we care for our body. Consider how you might answer these questions: Are you feeding your body enough food or intentionally under-eating or purging for weight loss? Are you regularly over-eating and ruled by gluttonous desires? Do you try to get the sleep your body needs or do you push your body to go on 4-5 hours of sleep a night to accomplish more? Are you spending too much time in the gym and abusing your body with too much exercise? Do you regularly push through pain just to get one more rep? Is your body breaking down because of a stress-filled life? Are you attempting to get even a minimum amount of physical activity every week? The list could go on. These are just a few examples of questions we all need to be asking ourselves. And let me be clear – I don’t have this down either. I know to ask these questions because of my own battles. We all have areas of struggle, neglect, or obsession. Life is also filled with seasons where we can’t get to the gym as much as we’d like; we don’t have access to healthy foods; or we aren’t getting the sleep our body requires. Again, body stewardship looks different for everyone, but it always requires an evaluation of personal faithfulness to the Lord in the way we treat our bodies.

Paul disciplines his body to keep it under control so that he will not be disqualified. He likens the Christian life to a race in which believers run as if competing for a prize, as he observed in the Grecian games. He notes that if an athlete desires to win, he or she exercises self-control in all things, and yet the end goal is a temporary, perishable reward. Paul’s argument is how much more should the Christian, whose reward is eternal and imperishable, exercise self-control even if it mandates beating the body so that he is not disqualified to preach the gospel? Paul teaches an important point here about body stewardship. To maintain control of his body, he admits taking extreme measures against it. The call is for Christians to engage in self-discipline to whatever extent is required. Paul lives with the intention to be obedient, an intent that compels him to beat his body. This either means that Paul forces his body to do things he naturally does not desire or he forces it not to do things that his flesh inherently wants. Guesses abound as to what Paul specifically refers to, but the point of application is clear. Are believers intentionally utilizing similar efforts of discipline and self-control in all areas of life, stewarding their bodies as Paul was?

Paul instructs the believer to glorify God in all things, even eating and drinking. His inclusion of eating and drinking means that we can dishonor God in our eating and drinking, a point addressed by body stewardship. We are left with the question, in what ways is my eating and drinking honoring God or in what ways are they not? Part of the context in 1 Corinthians 10 is prudence in all situations, particularly whether or not we are creating hindrances to the gospel by what we do or don’t eat. When the unbelieving world is healthier than the Evangelical world (more on this in part 2), might we be creating a hindrance to the gospel by what our lifestyle communicates? The world observes the way Christians treat their bodies, and as a result, makes assumptions about our faith-based on our body stewardship or lack thereof.

Paul lists the fruits of the Spirit here comparing them to the deeds of the flesh. As stewards or caretakers of our bodies, God knew we would require help in managing them. The very fact God equips believers with fruits of the Spirit shows that he has to impart qualities to us that we do not naturally possess. Our natural propensity is to engage in things over which we should exercise greater control. Self-control means expressing restraint over desires that fight to rule the body. Exhibiting self-control is needed daily, yet how often do we allow ourselves to be victims of inner desires and sinful cravings? If you recognize self-control is pertinent to stewarding the body, ask yourself when the last time was that you heard a sermon on it?

In the short book of Titus, Paul mentions the necessity of self-control five times specific to overseers, older men, younger men, and older women. Paul expects the congregation in Crete to be self-controlled in direct contradiction to the Cretans whom he calls lazy gluttons (Titus 1:12). Cretans had awful reputations as a result of their lifestyles. The juxtaposition here is critical. Paul beckoned all believers in Crete to live differently than the brutish Cretans who lacked any semblance of self-control and temperance. His important message reverberates for Evangelicals today. Rightly stewarding the body – practicing self-control and moderation in physical matters – is a key area of our witness to an unbelieving world. So, does your lifestyle stand out for the right reasons? As a Christian, are you caring for your body in a way that evidences your faith and devotion to the Lord – a motivation unique to Christ-followers?

The apostle Paul wrote everything I highlighted from the New Testament. The body is a critical part of Pauline theology, as it’s a theme that brings together many of his teachings for the church. But in addition to the body, a concept of activity is also seen in his writing. Throughout his epistles, his word choice in describing Christian responsibility is intriguing, as several connote an idea of physical activity. His employment of action words like train, discipline, fight, battle, beat, present, run, offer, stand, practice, etc., all seem to indicate qualities of initiative, self-control, and activity in living out God’s commands and growing personal faith. He employs analogies of athletes, soldiers, and runners. For Paul, in all of his letters, he speaks in a way that promotes the believer’s intentional, active role in sanctification. If we are passive in living out the faith, we will likely not be striving for obedience, walking by the Spirit, or producing much fruit. Our fallen nature and fleshly habits will most certainly rule us if we are not engaged in fighting the good fight of faith. The activity theme in Paul’s writing calls for intent and self-control. His physical analogies speak to stewarding the spiritual life. Obedient faith is an active, participatory calling extending to all areas, including the physical body. Given Paul’s mindset towards the Christian life, I believe body stewardship is a natural link.

*Space permits me from discussing what Scripture says about gluttony and sloth, which also inform body stewardship. I plan to post on these in the future. 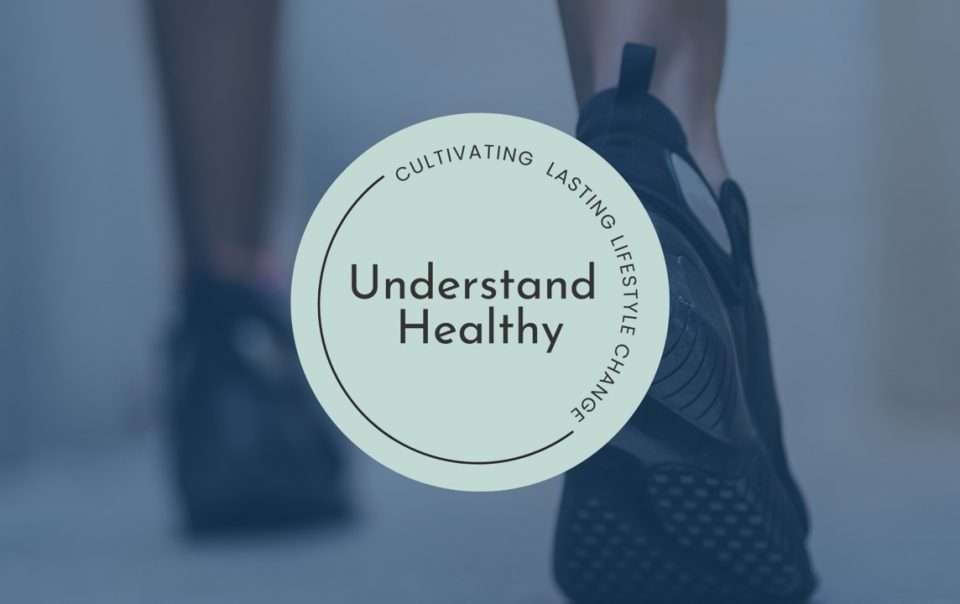 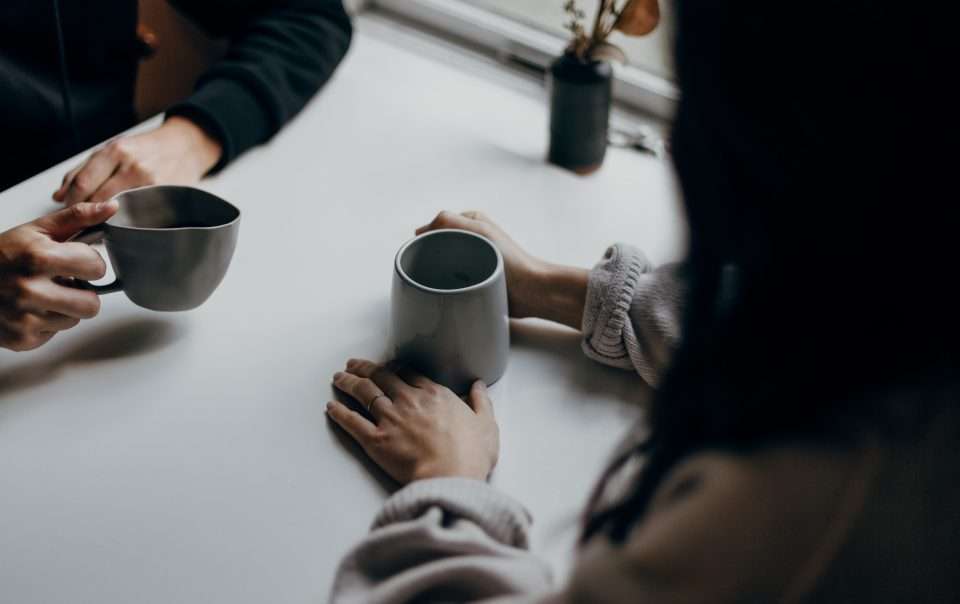 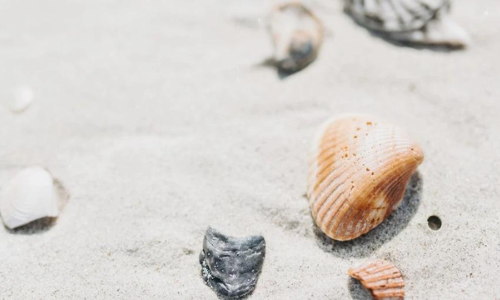 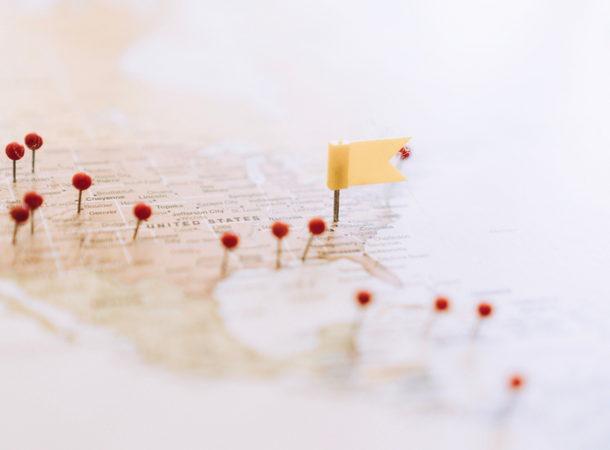